Kansas City will surprise you with its diversity and long list of things to see and do. Before settling on your travel dates, you might want to check and see if there is a special event, game, concert, or festival in the Kansas City area that you might want to catch. Visiting during the perfect time can make your stay more memorable.

Where to Stay in Kansas City

Location is everything. Stay downtown for easy access to restaurants and shopping; stay further south for nightlife and jazz; or stay on the outskirts for access to the entire area. Research the best hotels in Kansas City and choose where you want to go and what you want to see. 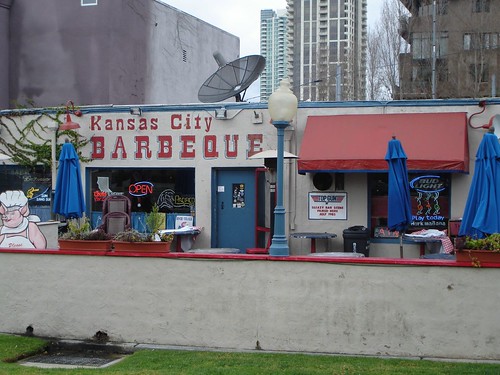 Kansas City is known as a “world capital of barbecue” and is famous for its beef. The Kansas City Strip Steak was born here in the now-defunct Kansas City Stockyards. A good barbecue meal is easy to find with over 90 barbecue restaurants in the greater Kansas City area. If you visit in the fall, be sure to attend the American Royal, the world’s biggest barbecue contest.

Downtown Kansas City has undergone massive change and redevelopment in the three surrounding loft districts and the Central Business District. Downtown Kansas City includes the 39th Street District — also known as Restaurant Row — with its many restaurants, boutiques, and literary and visual arts. Union Station is home to Science City, theaters, and museum exhibits. Other attractions include the Irish Museum and Cultural Center and the Todd Bolender Center for Dance and Creativity. The Power & Light District, is a nine-block entertainment district with restaurants, bars, and retail shops. The Country Club Plaza, (“the Plaza”), at the south edge of downtown, is an upscale, outdoor shopping and entertainment district.

The City Market Square dates back to 1857 and began as a site for markets, horse trading, rallies, and shows.  Today, the City Market is open every day and features shopping, entertainment and dining in a unique open-air setting. The City Market has a very active events calendar and plays host to concerts, festivals and more. The region’s largest Farmers’ Market is found at the City Market, rain or shine, every Saturday and Sunday.

Kansas City has 132 miles of boulevards and parkways, over 200 parks, many ornamental fountains, five golf courses, five museums, shopping centers, and more. Swope Park is one of the nation’s largest city parks and is more than twice the size of New York City’s Central Park. It features a zoo, woodland nature and wildlife center, two golf courses, two lakes, an amphitheatre, a day-camp, and picnic grounds. Hodge Park, in the Northland, includes the 80-acre Shoal Creek Living History Museum, with 20 historical buildings dating from 1807 to 1885. Riverfront Park, on the banks of the Missouri River, holds annual Independence Day celebrations and other festivals.

Plan your trip to Kansas City and discover all it has to offer!