There are a whole lot of reasons to visit Amsterdam – the museums, the canals, the nightlife, beer, etc. But the Anne Frank House should be at the very top of your list. The actual house in Amsterdam where Anne Frank and her family lived in secret during World War 2.

The Diary of Anne Frank

The Diary of Anne Frank was written within these very walls. Anne was born in Germany in 1929 and emigrated with her family to the Netherlands in 1933 to escape Jewish persecution in Nazi Germany. In 1940, the Netherlands was invaded by Germany and the Frank family went into hiding shortly thereafter. Anne collected her thoughts within the diary while in hiding but never finished her work.

“I don’t want to have lived in vain like most people. I want to be useful and bring enjoyment to all people, even those I’ve never met. I want to go on living even after my death!” Anne Frank.

In 1944, everyone hiding in the Secret Annex was arrested. Only Anne’s father, Otto, survived the war and internment. The hiding place and annex have been preserved as a museum that visitors discover room by room with audio and short video. The hidden staircase, artifacts, and the actual diary are all here. You are taken through her short life- the early years in Germany; emigrating to Holland; the German invasion; the hiding place; the arrest; the return of Otto Frank; and the publishing of the diary. It’s a moving experience that will bring tears to your eyes!

The Anne Frank House should be on your travel bucket list (and you get the vibrant city of Amsterdam as a bonus). It is very much a pilgrimage – there are approximately 1 million visitors per year. It is entirely possible to wait in line for 3 hours or more just to get in. Go early in the morning and/or when raining- the line may be short. You will never forget the experience. http://www.annefrank.org/en/ 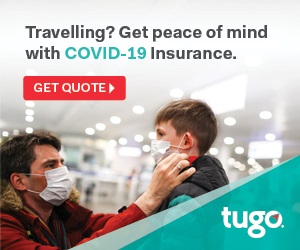