The charm of Old Quebec City never gets old. I’ve been to Quebec City a number of times. The first time as a youngster on a driving vacation with the family. The first overnight stop from Toronto was Quebec City. I remember walking through the gates of the old city and feeling like I had stepped back in time. Thankfully the old city is still there today. And it’s a real treat.

Old Quebec is the only walled city in Canada or the U.S. and is designated as a World Heritage treasure by UNESCO. It’s a mix of history, architecture, heritage, art, and culture and is widely viewed as the home of French civilization in North America.

Early Canadian and French history abounds with numerous historic buildings and museums including the Musée de la civilisation. There are many art galleries and boutiques with a French flair. Restaurants and pubs have a warm and intimate feel and most feature Quebec fare including rabbit, deer, and duck confit poutine.

While there’s a variety of hotels to choose from within Old Quebec and Quebec City itself, my favorite is the Auberge Saint-Antoine. Located in the heart of Old Quebec, the Auberge sits on an historic site dating back to the 16oos. As a member of Relais and Cheataux, the hotel has a strong focus on service and luxury. There are only 60 rooms with no 2 rooms alike, and each contains artifacts that were found on site. Their Panache Restaurant is incredible with Michelin star chef and a very imaginative menu.

Quebec City is like 2 different destinations in the winter and the summer. In the winter, it can hit -30c. So cold it’s painful but beyond beautiful especially during the Carnaval de Québec (the annual Winter Carnival runs from late January to the middle of February).

In the summer, there’s the Festival d’été de Québec in July, Canada’s biggest outdoor music event. Quebec City is warm and inviting with quaint streets to wonder down and walking trails to explore along the St.Lawrence River. Outdoor cafes abound and you’ll find yourself stepping back in time… and thinking about your next visit. 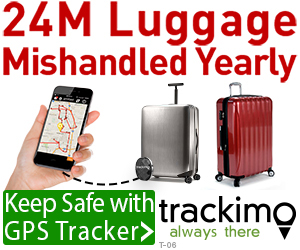